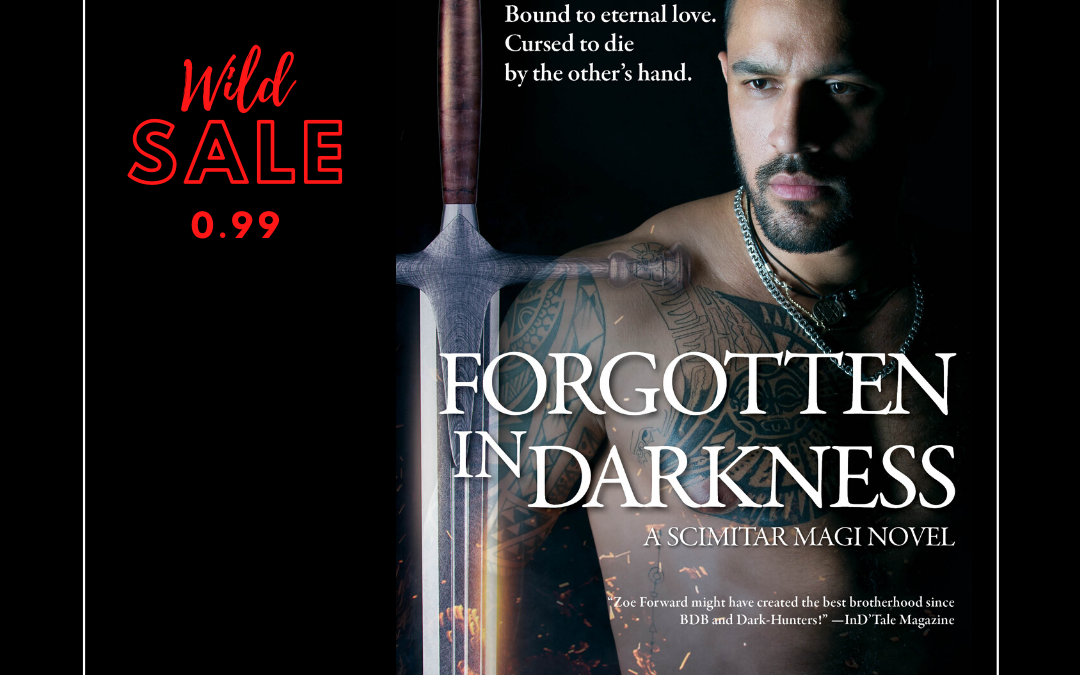 DEAL ALERT: 0.99
Limited Time
Amazon  | Nook  | iBooks  | Kobo
“Is there anything more delicious than a tattooed band of badass warriors? Zoe Forward might have created the best brotherhood since BDB and Dark-Hunters!” – InD’Tale Magazine
After an unjustified two-century stint in purgatory, Scimitar Magus Dakar returns to the human realm, renewing his eons-old curse. Once again he must murder the woman he loves. To break the vicious cycle, he must kill her before she strikes her deathblow, something he’s never done in the past.
Archaeology grad student, Shay McGinnis, suffers a near-death attack in pursuit of a piece of Scimitar Magi lore.  But did the magnificent warrior who pinned her to the wall injure her or the daemon he fought?  In her search for answers, she draws the attention of both an ancient evil sorcerer and the warrior Dakar. The attraction between her and Dakar is instant, and for Shay confusing. She wants to be with him, but intuition equates him with death. Not random death. Hers.
Will this be the lifetime they break the curse before they are murdered by an age old enemy or worse kill each other yet again? 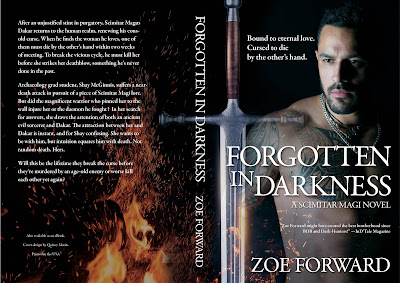