Dawn of a Dark Knight

In the shadows of our world, a secret band of warriors fights to protect us. They are the last line of defense against an evil no human can stop.

An ancient nemesis has resurfaced. Duty demands that Ashor Vlahos, Scimitar Magi commander, recruit a magical healer to fortify the remaining eight magi. The gods’ choice is the woman who helped him escape torture a decade ago. Ashor couldn’t have imagined a better punishment for his vow-breaker homicidal incidents than for the gods to bind him irrevocably to the only woman in the universe he cannot have. The soul-searing desire she ignites in him is strictly forbidden.

Kira Hardy, M.D. is a brilliant, hardworking internal med resident with big secrets. But when Ashor asks for aid after a brutal daemon attack, she is sucked into his dangerous, secret world. Enslavement to the magi, no matter how hot they are, may be an unattractive life plan, but being targeted for death by their enemies is less tolerable.

She must trust the sexy, tormented Ashor to keep her safe while he must deny his ultimate desire and keep Kira at arm’s length lest he bring destruction down on them both. As a centuries-old evil catches up to them, they face a crucial decision—follow the gods’ rules or follow their hearts.

“…fast paced and never skipped a beat…I loved this story….The chemistry between Ashor and Kira virtually melted off the page” – Booked and Loaded

“This was a great book…a great love story, with enough action, excitement, and romance to keep me turning the page.” – RomFan Reviews

“…one of the very few paranormal romances that I have read that I am now hooked on…this could be made into a pretty kick ass movie too.”  – Books She Reads

“…a story rich with romance and unique paranormal elements…is well-paced, their intimacy is hot, and I cannot wait to read more about them and the fellow Scimitar Magi in the next installment in this series.” -Between the Bind 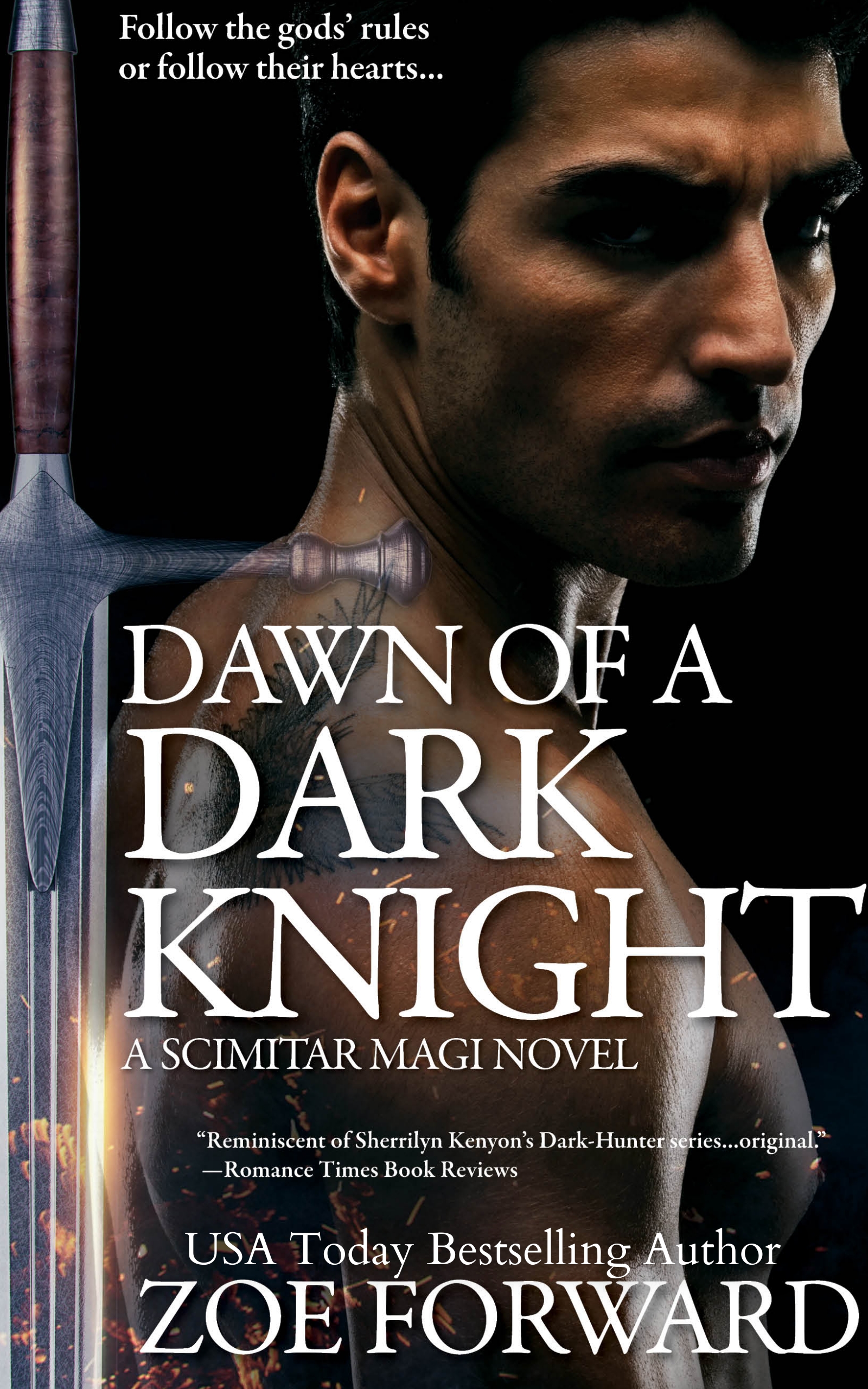