ASK ME TO GAME

Emma Duarte just volunteered to be the ultimate badass. She agreed to try out for an elite eGaming team to draw out the criminal mastermind behind the dangerous, illegal underworld of video gaming. The problem? She doesn’t know jack about the game she has to pose as an expert of. What makes it worse? The guy hired to train her on the game is her brother-in-law (not the one married to her sister, but his older brother). Oh, did she forget to mention the ill-advised one-night-stand with him after her sister’s wedding?

Michael Harrison loves seeing straitlaced Emma off-kilter. Sure, she rebuffs him every chance she gets, but that just makes it more challenging—and fun. But at the end of the day, the goal is to get her on the Dynasty eGaming team and catch a criminal. Michael already lost his brother to this underworld, and he won’t lose Emma too.

“What a wild ride! This book is so much fun from beginning to end and has a wonderful mix of suspense…There are just so many things to love about this book, do not miss out! (Crowned Heart of Excellence Review) -Ind’Tale Magazine

“The story is AMAZING... The best kind of suspense! The steamy scenes are HOT! A definite must read for 2020!” – Goodreads reviewer

“Not only are these two amazing MCs, but there’s the twists which allowed for my f-bomb dropping. Zoe Forward is a very talented author, who can definitely pen an intriguing read, so it’s time for y’all to hit that one click button to read it for yourselves to see how it all pans out vs. reading reviews! HIGHLY HIGHLY HIGHLY RECOMMEND TO ALL!” -Goodreads reviewer

“Awesome series. Wow I loved this whole series and this was a fast read with romance and suspense…. and ending is great.” -Bookbub reviewer 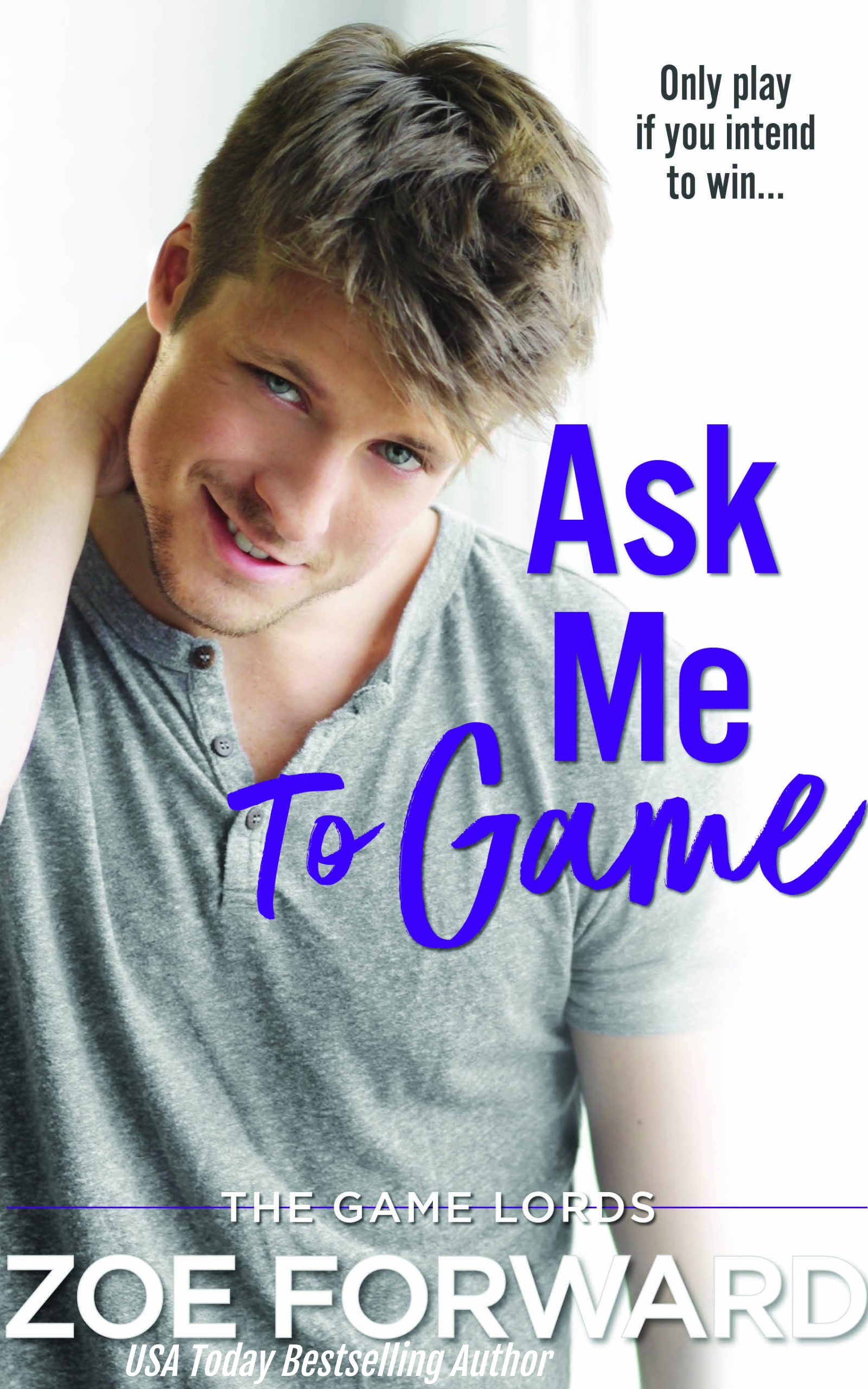 She ducked under his arm. “You’re going to develop amnesia that extends from last night to right now. My sister will not find out about this. As in, not ever.”

His gaze dropped down her body. “After seeing that thong, I’m kinda thinking I want to remember last night.”

“We’re going on with our lives like this never happened.”

“Bossy-girl mode.” A smile twitched the corner of his mouth upward.

Her gaze snagged on a pile of messy semi-folded laundry in front of his dresser. She pointed to the boxers on top. “Are those Flash underwear?”

“You’re thirty-two or thirty-three, aren’t you?” That came out far more judgy than intended.

“No man outgrows superhero underwear. Any who says he has is probably an accountant whose hobby is serial murder.”

“That sounds like a movie plot, not that I can remember the name of the movie, nor would it be one I want to see.” Michael must’ve bought a campsite in Neverland, given the framed pictures of superhero movie posters and comic books on the walls. On his dresser were two LEGO spaceships resting on display holders and behind them, two unopened boxed sets—the big ones that cost a fortune. She hadn’t done LEGO sets since high school. They called to her problem-solving, stick-with-it-until-it’s-done nature. A part of her missed having time for silly projects, not that she’d admit it to Michael.

“You see the issue in us having done that, don’t you?” She pointed at the bed.

His gaze cooled. “You think I want to find my brother’s executive ass kisser who has a problem with superhero underwear hot?”

“Now you’re saying not only am I boring, but also I’m an uptight ass kisser?” It tumbled out of her mouth in a dejected, pitiful whisper. Emma Duarte was not a woman who did pathetic.

“I’m screwing this up.” He shook his head. “You surprised me. You’re not what I expected. Annoying as hell to realize how wrong I was about you but, trust me, you’re far from boring, sweetheart.”

She held up a hand. “Don’t sweetheart me, Flash. I don’t need validation from a clichéd, drunken mess even if you are…” Her gaze snagged on his naked chest again.

“I’m what?” His eyes narrowed, challenging her to voice her attraction to him.

She cleared her throat and pulled her eyes off his nakedness. “I’m Jake’s assistant now, not your brother’s. Jake and Noah might be co-CEOs but I don’t kiss their asses. I keep their lives in order.”

His eyes dropped to her lips, staring in a way that made her believe he might kiss her. He licked his own lips. “You don’t remember playing Legion Wars last night? Or helping me finish a bottle of tequila? One of us has to remember something after that.”

“I’m not into video games. That’s my sister’s thing. Maybe you played by yourself and imagined I played.” Her head spun, but not from the hangover. She held her breath in anticipation when he compressed his lips, spreading moisture over the surface. She wanted the kiss his gaze promised when his eyes dropped to her lips again.

Do it. No man had ever stared at her with this kind of half-crazed predatory intensity like he’d die if he didn’t taste her and was struggling to deny himself. Whatever he was about to do, she feared she’d jump to participate.

She wasn’t a jumper. She rationalized herself out of anything too personal. Wanting this had to be the residual alcohol’s influence.

Gruffly, he said, “I remember us kissing. You were on board with that.”

Oh, she bet she’d been all-in. She’d be game right now for just about anything so long as it didn’t involve fast movements. Deep and slow…

Nooooo. No, you are not into it. This is not allowed.

His statement suggested he remembered more than he admitted.

He tucked several stray strands of hair behind her ear. Tingles skittered down her neck and across her shoulders.

She tried to take a deep breath but managed only a shallow inhale. The longer he stared without saying anything further, and without her replying, the faster her heart beat. She kicked into sensible, emotion-lockdown Emma, the persona who handled difficult people and thorny situations all day. “You may be cut like an Olympic god and distracting like this.” She glanced at his spectacular chest. With a swallow, she forced her gaze back to the safety of his face. “But you and me are like a penguin hooking up with a llama. It makes no logical sense.”