Under A Wicked Moon

The first mistake was taking him captive…

Lycan Ky Lanzo is bound by the Crown’s command. His latest mission directive was deceptively simple. Get yourself caught. Now, Ky’s been bound, drugged, and collared by an unknown enemy in a facility that knows enough about him to neutralize his lycan strength and his telekinetic magic. But he’s not alone in his cell. Because there’s someone else with him. Someone exquisite. Someone altogether forbidden…

For Vivi Kinley, another month gone by means another full moon trapped in a cell with a moon-crazed lycan. There once was a time I’d never kill a living creature. Only, Ky is different. He’s powerful, latently sexy…and wanting him is dangerous trouble. Because sexual attraction is exactly what their captors want—and it’ll be an icy day in hell before she’ll allow it.

Now, Vivi and Ky have one chance at escape and to discover what twisted organization did this to them—and make them pay. The good news is that Ky might have found his near-impossible lycan mate. The bad news is that she might be programmed to kill them all… 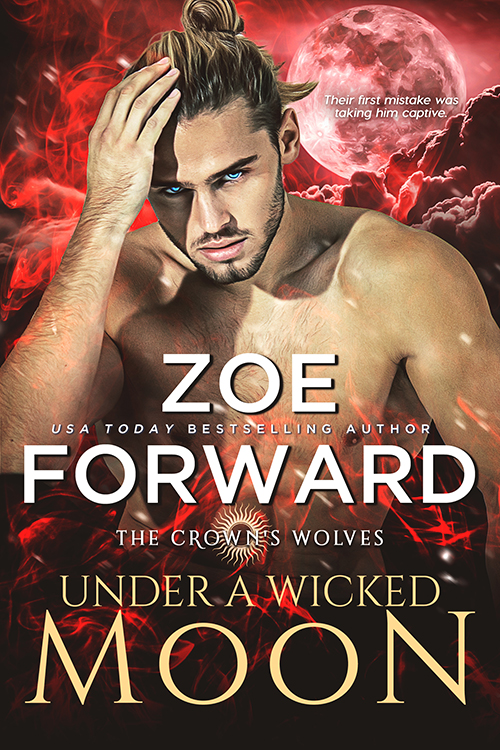 She moistened her lips as she stood, eyelids at half-mast. “We shouldn’t go there.” He was suffocated by her proximity, by the feel of her hand on him, even though it was only resting on his thigh. Tingles spread from that point of contact. The room closed in, and nothing else existed. His chest rose and fell with each deep inhale and exhale.

He couldn’t look away from her lips. This was a line he wasn’t sure he should cross. He could do it. But should he? This woman had more power over him with one touch than he expected.

Her hand slid farther into his hair and gripped as if to hold him in place.

She pulled his head toward her. She met him more than halfway. At first touch, her lips were soft. Her tongue tickled the seam of his lips, teasing and asking. She tilted his head. His lips parted, and she went in deep. He floated, falling, and if he hadn’t been seated, he’d have fallen into the abyss.

Her opposite hand fell to his hips and slipped beneath his shirt. The warmth of her skin gliding over him elicited a groan. He lifted her onto his lap to have better access.

Without an ounce of self-consciousness, she rubbed against him. “Touch me, Ky.”