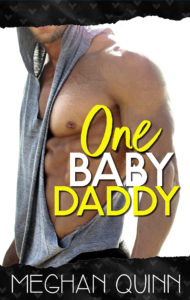 Meghan Quinn’s got a new release!

What it’s about:
“What are you doing now that your team is out of the running for the Stanley Cup?”
Forget.
I need to forget.
I need an escape.
Only one person isn’t falling for my reputation as the NHL’s Golden Boy; she captured my attention the minute she called me out for snooping through my best friend’s house. She didn’t want to hear my reason–she only wanted to playfully give me a hard time.

She’s everywhere. In town and in my dreams, and suddenly I need to spend every waking moment with her.

And I do, making this summer the best off-season I’ve ever had.

But in the midst of getting lost in Adalyn, what I don’t expect is to get her pregnant.

And what I definitely don’t expect is having to fight for her affection. 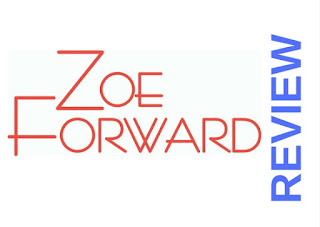 This one’s a slow simmer into a roller coaster ride between Hayden, the NHL superstar, and Adalyn, the nurse, who meet at a friend’s house. There’s a lot of chemistry between the two which they initially try to deny…the idiots. Then, of course, enter the baby angle, which adds mucho grande complications between the two of them. No worries these two worked through their angst to have a satisfying HEA. Entertaining read, no doubt.
I’ve not ready any of the others in the Dating By Numbers series, but had no trouble following. I could tell when other characters made appearances who likely had their own stories.

Born in New York and raised in Southern California, Meghan has grown into a sassy, peanut butter eating, blonde haired swearing, animal hoarding lady. She is known to bust out and dance if “It’s Raining Men” starts beating through the air and heaven forbid you get a margarita in her, protect your legs because they may be humped. Once she started commuting for an hour and twenty minutes every day to work for three years, she began to have conversations play in her head, real life, deep male voices and dainty lady coos kind of conversations. Perturbed and confused, she decided to either see a therapist about the hot and steamy voices running through her head or start writing them down. She decided to go with the cheaper option and started writing… enter her first novel, Caught Looking. Now you can find the spicy, most definitely on the border of lunacy, kind of crazy lady residing in Colorado with the love of her life and her five, furry four legged children, hiking a trail or hiding behind shelves at grocery stores, wondering what kind of lube the nervous stranger will bring home to his wife. Oh and she loves a good boob squeeze!
Facebook | Follow on Goodreads | Website | Amazon Author Page | Instagram | Follow on BookBub | Newsletter